Before the United States existed

The Lenape people were an enormous nation of Native Americans centered around the Delaware River region and their territory extended to lower New York. (I’m using the present-day location names here for ease of identification.) Their Canarsee tribe inhabited Brooklyn and Southern Manhattan in 1524, when they encountered Italian explorer Giovanni da Verrazzano in New York Bay. He was the first European to explore the Eastern coast of North America, from Florida to New Brunswick, Canada.

Henry Hudson, under the employ of the Dutch Indian Trading Company, first docked at Coney Island, where he traded with the Canarsee until one of his men was shot though the neck with an arrow.  The first foreigners to settle the area were Dutch traders and Africans (most of whom were enslaved by the Dutch) in 1634. Greater Brooklyn was named after one of the six small villages within the area; Breukelen, itself named after a municipality in the Netherlands. The English conquered the Dutch in 1664, and changed “New Amsterdam” to “New York” and the Brooklyn area became “King’s County.”

Boston may have been the starting place of the American Revolutionary War, but when the colonists formally declared independence as the United States of America, the first and biggest battle happened in Brooklyn. New York harbor was targeted by the British with a huge invasion designed to end the uprising. George Washington commanded upper Manhattan while his troops fortified the shores of the entire New York City region. In Prospect Park and Green-Wood Cemetery today, you you can see plaques referring to the Battle of Brooklyn, where local revolutionaries were outnumbered and outgunned on August 26, 1776. They lost the battle that day, and the British controlled New York throughout most of the war, but we all know who won that war.

It is estimated that 6,500 revolutionary soldiers died in combat but 11,500-18,000 died off the coast of the Brooklyn Navy Yard in prison ships. A common strategy in warfare is to humiliate and publicly torture the captured opposition to discourage dissent. Reports of the inhumane conditions on these prison ships had the opposite effect and only encouraged more U.S. citizens to fight the British. The remains of the dead thrown overboard languished on the Brooklyn coast for years until Walt Whitman complained in the Brooklyn Daily Eagle that there should be a public park and a memorial to those who died on the prison ships. Eventually, Vaux and Olmsted created Fort Greene Park, including a monument and  crypt that holds a portion of the remains.

Before the Revolutionary War, Brooklyn had more slaves than any other city in the country except Charleston, South Carolina. While George Washington banned African-Americans from serving in the Continental Army, the British enlisted the aid of roughly 20,000 ex-slaves against the revolutionaries. They were promised freedom as British subjects (unless their “masters” were British loyalists, in which case they were returned to slavery.) When the British lost the war, many of these ex-slaves moved from New York to Nova Scotia and England as free citizens.

We often think of Slavery in the United States as “a Southern thing” but there were more slaves in Brooklyn than any other place in the northern United States until the Civil War. And because Brooklyn relied so heavily on slave labor, New York was one of the last northern states to enact emancipation laws. The abolitionist movement in Brooklyn made small but important steps. Land ownership by free black men in Weeksville and Williamsburg communities gave African-American men voting rights. In 1827, the New York legislature officially declared all slaves and their children to be free, yet slavery persisted in areas of Brooklyn until the early 1840s.

In the 1800s, it had 45 breweries and lead the country in agricultural production. It was the location of the first suburbs and the highest median income in the U.S. when the Brooklyn Bridge was completed in 1883.

In the 1900s, Brooklyn went through enormous change. Both the Williamsburg Bridge and Manhattan Bridge accommodated subways, and Brooklyn’s commuter culture was born. Brooklyn was a hub of industry and shipping, powered by its thriving immigrant population and the Great Migration of African-Americans from the south. The Brooklyn Navy Yard employed the 70,000 Brooklynites for WWII. Afterwards, poverty levels rose and fell. During this century, more famous writers, musicians, filmmakers, performers, and artists lived in Brooklyn at one point than (probably) any city in the world. And, yes, that includes London, Rome, Paris, and Hong Kong.

Since the last turn of the century, Brooklyn has gone through a startling renaissance. The quality of life is at its best ever. Areas like the Brooklyn Navy Yard, which had long been abandoned in a depressed, high-crime area, is now a thriving innovation and cultural hub. Brooklyn has become world-renowned for its unique charms and continues to constantly evolve. 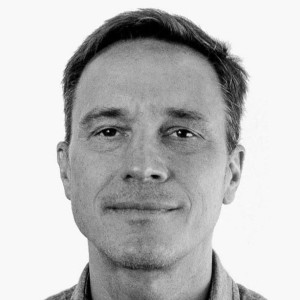